Wishing people ‘best of luck’ is a very common practice. I too used to do it as a routine for a long time. One fine morning when awareness dawned on me that we are responsible for our actions I started questioning the purpose of wishing best of ‘luck’. Then it implied to me that I was ascribing the outcome of my actions to an invisible factor called ‘luck.’ In Tamil it is called adhirshtam. I thought then that when I wish ‘best of luck’ I was implying ‘I’m not sure if you will do well, so anyway I wish you achieve what you want through a stroke of many chance factors coming together.’ How silly of me! I thought it was very superstitious and disempowering. Therefore I stopped wishing best of ‘luck’ and instead just wished ‘all the best’ – a very impersonal wish. Now after years I’m back to wishing people ‘best of luck’. What happened to bring this change of mind? 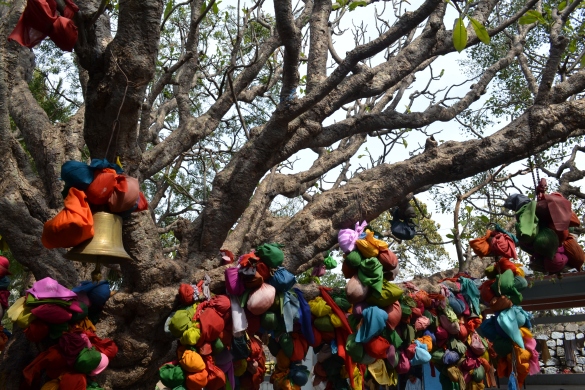 While I was reading the Bhagavad Gita I came across the concept karma phala which literally means the fruit of an action. On detailed study I understood there were two types of karma phala – drishta phala and adhrishta phala. The former meaning fruits that are visible and the latter meaning the fruits that are invisible. The real meaning is not ‘visible’ in the sensory sense but in the sense that the fruits that can be ascribed to factors that are known to us are called drishta phala while those factors that are not detectable to our conscious sensory mind are called adrishta phala. Then I got the meaning of adhirshtam in Tamil which is a colloquial adaptation of the Sanskrit a-drishta meaning in-visible which in English is referred as ‘luck’.

The story did not end there. Still luck was some vague ‘chance’ factor which was beyond our actions and not in our realm of ‘control’. So in effect it did not change my attitude towards the notion of luck, beyond helping me understand what a Tamil word for luck meant and what its source was. On further studying the Gita, I think in the second chapter, I tumbled upon the concept called daiva and that explained it all. Things started to fall in place which changed totally my perspective towards ‘luck’.

The Gita says, every karma has a phala. The nature of the phala is determined by two factors – those which are within the person’s control and those beyond the person’s control. Those factors beyond our control that determine the outcome/fruit of our actions are called daiva meaning the ‘invisible hand of God’. Even if one does not believe in the notion of God, we cannot deny the fact that there are umpteen numbers of uncontrollable factors that determine the outcome of our efforts. I believe a huge part of these uncontrollable factors is the effect of our own myriad of past actions. These uncontrollable factors are referred as daiva or adrishta or ‘luck’.

How apt then it is to wish someone ‘best of luck’ as anyway the person knows what they are going to do, but it is the grace of the daiva factor that needs to be wished for. Therefore I started again to wish people best of ‘luck’ without having to feel disempowering. So, now when I wish ‘best of luck’ I mean ‘I know you will do your best. I wish the golden hand of God be with you to deliver the best results for you.’